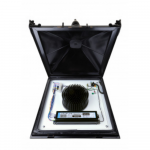 LED stands for light emitting diode and they can be incorporated in bulbs and fixtures for general lighting applications. Due to the small size of LED’s, they can be used in many unique ways for different design opportunities. This is why they are a very popular light source today as they can be used for a much wider breadth of applications compared to traditional lighting technologies. To help understand LED lights and how they work, it is good to know how they came about and also how they differ from the more traditional light sources such as incandescent bulbs.

You may be surprised to find that LED’s were not created in the 21st century and were in fact first produced in 1962. However, before the first date of production, a lot of work and research went into LED’s that dated back to 1907. The first LED produced in 1962 was invented by 33-year-old Nick Holonyak Jr. who was a General Electric scientist. The first LED technology that was invented by Holonyak Jr. was used for circuit boards for computers and small electric equipment. These were very durable but had a pretty low lumen output. During the next few decades after 1962, LED’s were further advanced, with the development of red, yellow and blue LED colours. Also during this time, LED lights became extremely bright and energy efficient. In 2002, white LEDs were commercially available for residential use and were sold for approximately £80 – £100 each. Nowadays, LED lights are used on a large scale to illuminate workplaces, homes, gardens and much more.

How do LED lights differ from other light sources?

At William Sugg, we offer a range of LED solutions to apply the latest LED lighting technology to enhance a distinctive landmark or place. Our LED light engines are suitable for all of our existing and current lanterns to help meet today’s modern lighting standards.

If you would like any assistance with your LED lighting projects, we’ll be happy to help. Simply give our experienced team a call or contact us using our contact form.