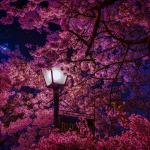 If there’s one thing that can make or break a scene in a movie (other than the acting), it’s bad lighting. The way a scene is lit helps to create the mood, atmosphere and sense of meaning for the audience. That’s why everyone here at William Sugg & Co. Ltd was proud to be a part of creating some of the best movie magic of all – Disney movie magic. Here’s how we lit up Mary Poppins for Hollywood.

If you want to take an audience to a particular time period, you’d be right to think that a lot of effort goes into the details. Everything from the fit and design of the outfits, to the way people talk and interact, needs to be taken into account. As one of the world’s leading experts in heritage electric lighting & heritage gas lighting, we were contracted to create some very particular lights designed to transport you in time.

Undoubtedly one of the most brilliant scenes in the new film, ‘Trip A Little Light Fantastic’ pays homage to the iconic ‘Chim Chim Chur-ee’ from the original 1964 motion picture. However, rather than focusing on the sooty chimney sweeps of the Edwardian era, the remake pays tribute to the many ‘leeries’ that once lit up the streets of London.

For those that aren’t in the know, a leerie is the name of the people who lit lamps in Mary Poppins. Historically they were the person who would be in charge of maintaining and lighting gas in the streets of towns and cities across the country. Seeing as this was the only way people could see at night, a leerie was an important and well-respected position.

The charm of heritage gas lamps and the leerie is celebrated in a similar way in ‘Trip A Little Light Fantastic’ from the new Mary Poppins film released in 2018.

In order to create the magic of the Mary Poppins gas lighting and create the right atmosphere for the film, the film studio knew that the gas lamps needed to resemble the original lamps as closely as possible – that’s where we came in.

William Sugg & Co. Ltd created 200 traditional Windsor gas lanterns and columns for the film within a 10 week time-frame. These lamps feature throughout the entire film and are practically the stars of the show (so to speak) in the dance scene where the leeries spin around the columns. However, these lanterns and columns were made by us to provide even more than their beautiful replica aesthetic.

We designed the gas lanterns with bespoke modifications for the Disney Mary Poppins set to enhance the way the lanterns looked on camera in the dim lighting. Each lantern was created using special components from Europe and the US to ensure that they shone brightly and safely throughout the busy filming schedule.

The William Sugg team was incredibly proud to play an integral part in creating the incredible detailing that is required to create Disney magic in the form of gaslighting. It is our passion to create beautiful and bespoke heritage lighting to any project that needs us, whether that be Hollywood or hotels – because the vision for every project can be realised when the light is just right.

Want to know more? Read our case study on this wonderful project here: Our Work – William Sugg & Co. Lighting, and check out our handiwork on YouTube: Trip A Little Light Fantastic’.