Why was gas perceived as a dangerous form of lighting? 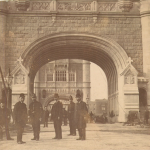 After the installation of street lighting in Victorian Britain, gas lighting started to become perceived as dangerous due to exaggerated cartoonist depictions shared in public media.

In a century where literacy was limited, cartoonist artwork was more digestible to those without formal education and this therefore fuelled negative opinions for many. Whilst there may have been those who understood the process of gas street lighting (and therefore its safety precautions), the cartoonists had a heyday illustrating the general population suffering from explosions.

The perception of dangerous gas lighting fuelled public concern that the underground flames would heat up the rivers and boil the fish! Even the ladies of the night started to complain that their business would be over with increased light! In any case, any explosion would be hugely damaging to the newly formed Gas Light and Coke Company’s reputation.

More seriously, there were whole industries that could see their occupation disappearing. The candlestick makers and the oil suppliers saw a real threat to their livelihood. This made it a common opinion for many to perceive gas lighting as dangerous. For some, even the fact that the streets would be dug up to lay the pipes would mean that just getting around with all the consequent mud would be very difficult and this put them off feeling positively.

What was it like to live before gas lighting?

In many respects you can feel sorry for the population who were faced with the invention of gas lighting.  For years people had been restricted to their homes after dark with only candles to light their way to bed and a fireplace for light and warmth in the evening.  The fireplace was generally the only cheery semi-lit space in the house.

However, people were used to this life and ran at a measured pace in line with the seasons and time of day.  Most people were employed in country pursuits and although towns and cities were growing, jobs and trades were relatively settled.   Most cities had some little oil street lamps and the lamplighter’s round had become part of everyday life and a feature of the normal daily routine.

Were there incidents of gas explosions caused by street lighting?

There was one explosion early on that provided plenty of ‘told you so’ for the sceptics.  ‘Fake news’, spread by those whose occupation was perceived as being affected, caused ripples and even Parliament became concerned.

The Directors of the Gas Light and Coke Company went to the lengths of publishing an advertisement in October 1813 regarding “several exaggerated reports” in an attempt to settle the issue.  They stated “…the accident that happened did not originate from any failure of a pipe or any proceeding connected with the regular or intended application of gas lighting.”

One proposal by Parliament was that any gas holder should be restricted in size because ‘someone’ had suggested that an exploding gasometer could wipe out huge areas. When Samuel Clegg, the Engineer to the company, heard of this he asked for a pickaxe and a light and struck a hole in the side of the gas holder and applied the light to the gas. You can just imagine the panic of the bystanders fleeing away from the scene!  The gas burned from the hole and the holder sank steadily, keeping the pressure on the flame, proving that any size of gas holder would perform the same way.  Likewise, when Clegg heard of the strike, he took a ladder and lit the lamps himself.

It did take some time to persuade the shopkeepers (and of course the risk averse insurance companies) of the safety of the gas system.  The gas lighting of Westminster Bridge in 1813 and that of the parish of Saint Margaret’s, Westminster, in the following spring, was however, enough to show that the advantages were sufficiently apparent to outweigh any early problems of defective fittings and inexperienced fitters as men applied their minds to what was likely to be lucrative!