When did gas street lighting end? 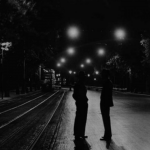 In our previous blog ‘When was gas lighting invented‘, we talk about the invention of gas lighting and its huge influence on life as we now know it.  The 19th and 20th centuries were times of tremendous change in many spheres, and the gas street lighting industry was no exception.  So when did gas lighting end in London?  This blog will explain…

Following the Incorporation of the Gas Light and Coke Company in 1812, the growth of the gas street lighting industry accelerated rapidly.  It was becoming widely recognised that better lighting provided a far longer and safer period of usable time.

Gasworks and piped supplies spread all over the country feeding the simple open flame lamps with one or two burners.  Over time the demand for light increased steadily as horse-drawn traffic grew, especially in large cities.

To increase the amount of light from a lamp, extra burners were added. The open flames were naturally very hot and, as the number of flames were increased so the size of the lamp had also to be increased to prevent the solder with which the lamp was held together from melting. We are all so used to small powerful streetlamps today it is difficult to imagine that the large lamps with the biggest burners were more than 6 feet tall and 4 feet across, in fact, large enough for a small person to get inside!

What did the historic gas lamps look like and how does that differ today?

These very beautifully designed gas lanterns needed a very large post to support them.  Despite the increased power of these gas lamps, they were still nowhere near as powerful as lamps are today.  In those days, gas lamps were placed only half as high as we recognise as ‘normal’ in today’s cities.

These massive cast iron posts can still be seen in some places today but often can look out of proportion with a tiny modern lamp placed on the top.  Modern lanterns are generally placed much higher up which is more suitable for lighting a large space.  Luckily, in many locations, the original lamp has been sympathetically converted to an electric light source restricted in power to match the height of the post which retains the look of the original lantern that would have been designed with gas in mind.

The invention of the gas mantle

In the last years of the 19th century, the gas mantle was invented.  The world of gas lighting was coming under threat from the steady improvement of electrical lighting methods and the gas mantle totally transformed the gas industry. This device shone brightly when heated by a flame.

Indeed, the gas mantle was probably responsible for increasing the life of the gas lamp and street lighting by as much as 50 years.

The increase in performance and the decrease in gas consumption made all those huge lamps redundant.  The famous Sugg Windsor lamp (designed in 1898) was the first designed specifically for use with the gas mantle.  An advert shows that by 1906 over 100,000 had been made.

A number of other improvements to the gas lighting technology included reflectors, refractors and even larger burners.  Before WWII, Crawford Sugg developed a lighting laboratory that allowed the business to continue manufacturing gas streetlights capable of lighting arterial roads.

What about gas light maintenance?

The one feature common to all gas lights was the need for service. Whilst the ‘lamplighter’ had been succeeded by automatic means of ignition and switching, the fact that there was combustion and air movement inside the gas lamp meant that the glass had to be kept clean and any mantles replaced.

The competition from the electric light sources had grown enormously with the development of fluorescent, neon and sodium lighting that had reduced running costs, needed very little servicing and had long life.

The end of gas street lighting

After WWII the gas industry decided that it needed to consider the end for gas streetlighting as the writing was on the wall.

A large country-wide survey was taken with.  All gas boards provided the numbers of gas lamps running and the numbers replaced or out of use from war damage over a period of years.  This was used to indicate the percentage reduction that could then be applied looking forward.  Given a shortest and longest time, the eventual year considered was 1968. There was a final paragraph which has certainly come true some 50 years later:

“For reasons such as the affection which is felt in certain parts of the country towards gas lighting and the possibility of electricity not being available in every country lane, it is possible that isolated pockets of gas street lighting will remain after the general disappearance from the streets. Like its elder sister domestic gas lighting, it may well never die but only fade away.”